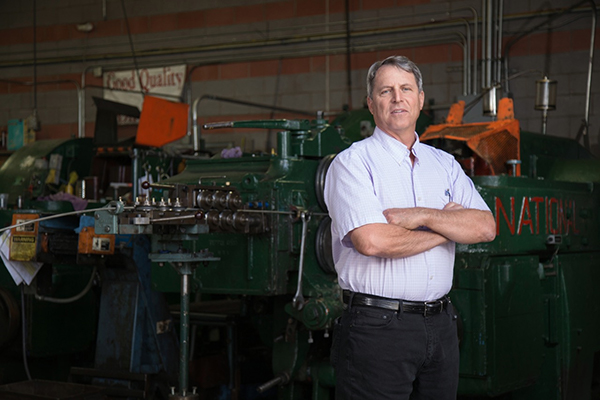 Founded in 1972, Bryce Fastener, Inc., opened its doors as a fastener distributor in Seattle, WA. For the next 20 years, Bryce provided manufacturers, retail stores and other businesses with all types of screws, bolts, and nuts. By the early 1990s, the more popular types of tamperproof fasteners (Hex-Pin, Torx-pin™, Drilled Spanners and One Ways) were no longer being produced by American manufacturers. They were becoming mass produced by offshore companies for a cheaper price. These types of security screws and their matching driver bits quickly flooded the worldwide marketplace and within a few years a complete set of these could be easily found at any hardware store. Of course, with these fasteners and bits being so readily available to the general public, they quickly became commonplace. Today they’re found in toolboxes everywhere, rendering them virtually ineffective for security purposes. This was unfortunate as security screws are one of the best and least expensive anti-theft and tamper-deterring devices available.

As a result of offshore manufacturing, Bryce Fastener shifted their focus to R&D for better and more secure tamperproof fasteners. In 1996, a Bryce customer (a leading hospital) called to report they had experienced a costly breach. Despite using the Hex-Pin security screws Bryce Fastener had sold them, someone stole $40,000 worth of computers from their hospital. The consensus was, they needed a security fastener that was completely unique to them, without driver bits available at the local hardware store.

With the help of WSR Manufacturing, the first prototype of our Key-Rex® drive was developed. This was a clear turning point—Bryce Fastener needed to further develop and perfect security screws, bolts, and nuts. Specifically, fasteners and driver bits that couldn’t be cloned or easily acquired. Since then, Bryce has developed the infrastructure and manufacturing capabilities to provide a wide range of new and better styles of security screws, bolts, and nuts—fasteners that provide real security as tamperproof fasteners are supposed to do. By re-engineering cold-forging machines, developing new manufacturing techniques and processes, Bryce Fastener has set a new standard, both in security innovation and in the way security fasteners are made. Today, the talented team at Bryce Fastener are true American craftsmen, producing the most secure fasteners in the world. 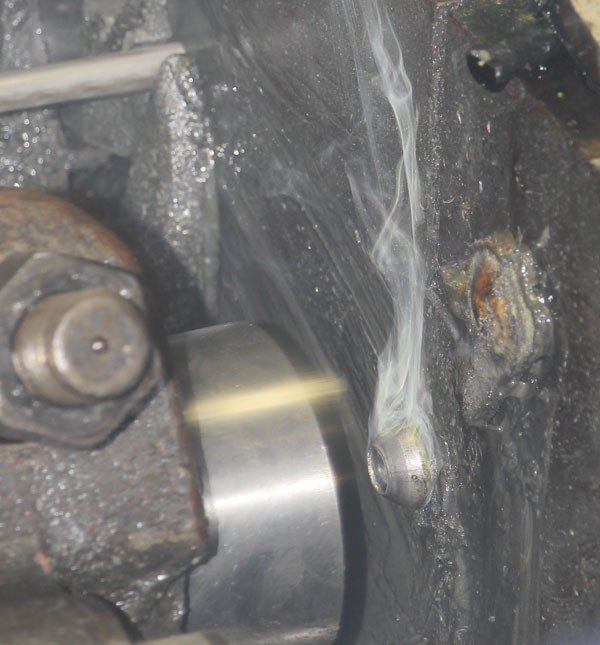 We produce security fasteners in a wide range of sizes, from a 2/56 (M2) up to a 5/8-11 (M16). Each customer has a unique security bolt and the matching tamperproof screw bit manufactured specifically for them. We even developed specialty security nuts (Penta-Nut™, Key-Rex® Nut, and Wellhead & Flange Pipeline Nut). Key-Rex® technology gives us the capability to make security nuts custom and different for every customer. (call 1-800-558-1082 for pricing). Standard tamper-resistant bolts, tamper proof screws and "specials" are also produced in our plant. Known as the high security screw specialists, we provide the best secure screw products in the world.

Our method of making unique security screws is difficult but cost-effective. The security screws are made using a process called cold forging. This means that our security shapes are forced into the head of the screw with up to 50 tons of pressure as rapidly as 100/minute. Special tamper-proof screw tooling is used, requiring highly experienced specialists, a great deal of time, and "dead nuts" security screw machines.

Though our high security screws are a little more expensive than regular screws, the added security is worth the additional cost - especially when one considers that these security screws are locks, not just tamper-resistant screws. And if we don't have a fastener to fit your needs, we will custom design a bolt, nut or screw to your specifications. 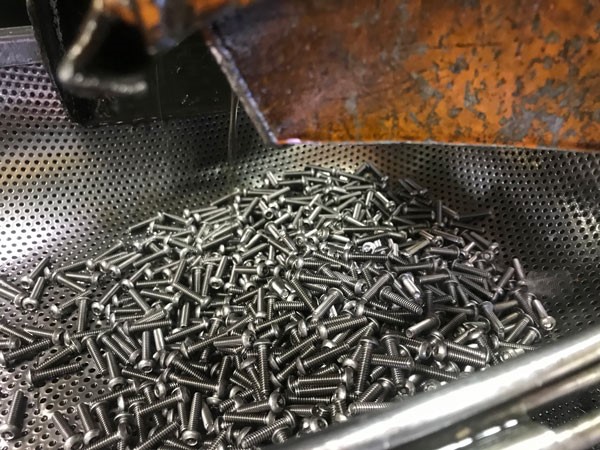 Developing our fasteners is not easy. We have been challenged, humbled and  pushed to the brink many times. Yet we feel we have developed revolutionary security screw products that rivaled previous inventors and that our efforts make the difference. For example:

Through our dedication to high security, we developed new tool making, manufacturing, key making, heat treating, and information processes. With decades of research, development and perseverance, our crew has emerged as the leader in producing one of the most secure and innovative fasteners ever. 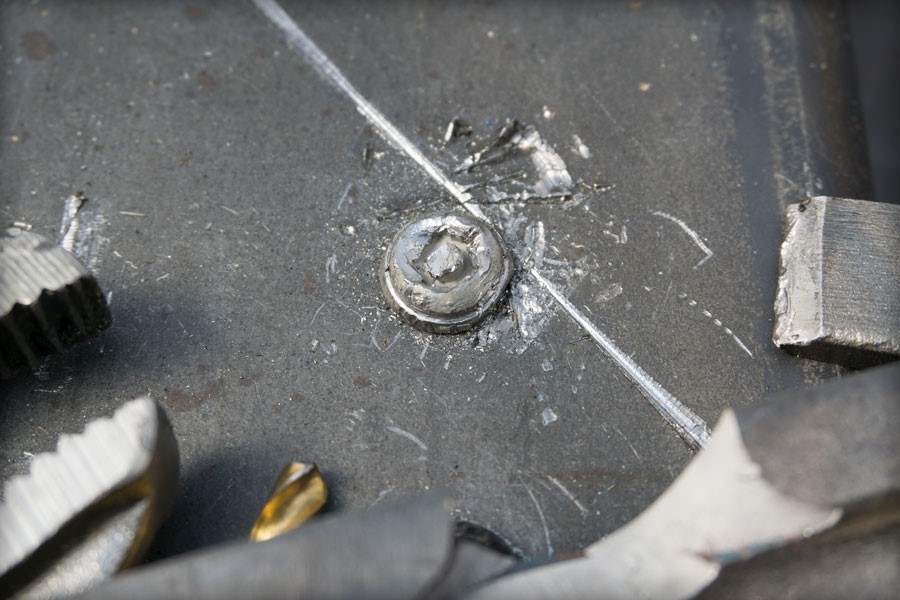 We are in business because we have a passion for creating zero-theft security screws manufactured in the USA that are done right and cannot be defeated by "off-the-shelf" bits.

Our customers depend on us to supply them with solutions to their security needs and theft concerns with our innovative designs and a good cost-to-benefit ratio providing peace of mind when installed. We are dedicated to providing ever-changing fastener configurations with different advantages to each customer, that are both affordable and theft-proof. 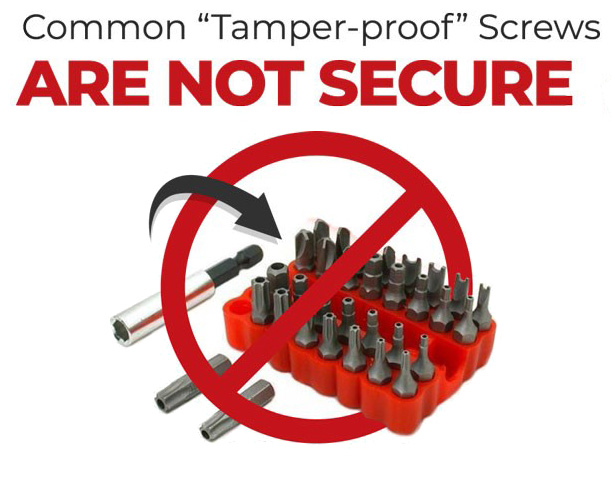 The culprit is security bits; they are too easily made and sold. The security solution required a security drive that no renegade tamperproof bit manufacture could compromise. It had to be secure around the world. We have met the security challenge with Key-Rex™, Key-Rex™ Nut, Penta-Plus™, Penta-Nut™ and STYKFIT™. They work on the principle of an ever-changing shape that has millions of variations. Each security shape must repel all known tamperproof bits plus all other security keys of their kind. Key-Rex™ is a new paradigm in high security screws and has set us apart from other manufacturers. It makes Bryce Fastener and our products the security leaders in the industry.