We developed Raptor™ claws underneath our BH security screws to eliminate the need for a lock washer and tighten the load an extra 20%-30%. The performance of Raptor™ yielded such positive responses from our customers, we figured out how to add it to our FH socket cap screws.

Originally we hoped to attain a 20% improvement in hold. To our surprise, the removal torque of Raptor™ claws on FH socket cap screws is the DOUBLE the insertion torque. 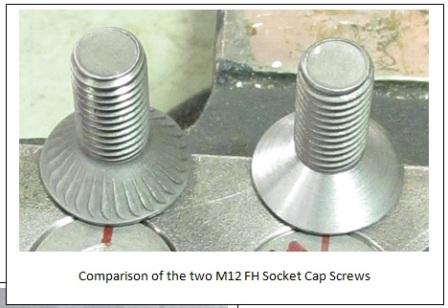 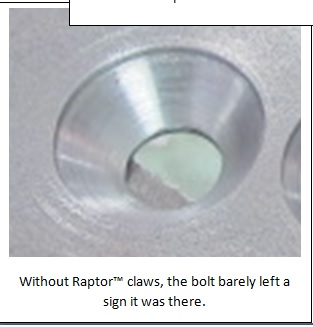 The flat head with our Raptor™ serrations would not budge at 140 ft./lbs. We pushed until the bit broke. 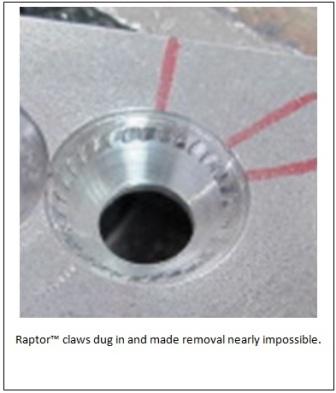 A  FH screw with our Raptor™ feature causes the head to flex downward and tighten at the same time. Torque values reached are 1.75x the installation torque, creating a fastening system more secure and stronger than any other security fastener ever made. The added strength is ideal in high security applications.