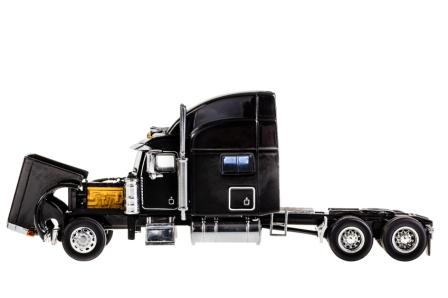 We just finished up a second order intended to secure Electronic Control Modules from theft. This particular trucker came back for a second order of our  M8 Key-Rex® screws because the first order stopped ECM's from being stolen off heavy freightliners. An ECM is basically the computer for the vehicle’s engine. It controls the engine’s performance, safeguards the engine from abuse, troubleshoots mechanical problems, and monitors the operation of the vehicle. A freightliner's engine won’t start without an ECM. It’s a big deal if one gets stolen. The trucker’s load is not only prevented from getting moved, but they cost anywhere from $2,000-$4,000 to replace.

Our Key-Rex® screws are an effective anti-theft guard. They're easy to bolt down to an ECM without interfering with the engine’s normal operation. The picture below shows Jimmy holding two different sizes of M8 Key-Rex® security screws that he headed. This customer wanted two sizes with our Raptor feature added to the heads for a better hold.

Bryce Fastener has served the Automotive Aftermarket for a number of years. Our security screws work well for any components prone to theft (GPS, Off-Road Lighting, ECM, Wheel Locks, Stereo & Sound) because they are installed just like a typical screw but only the matching the bit can defeat the security. It's a simple solution for the customer but manufactured by us in a complex way. Our Automotive customers keep coming back for multiple orders, which is a testament to the effectiveness of  our Key-Rex® and Stykfit® security. 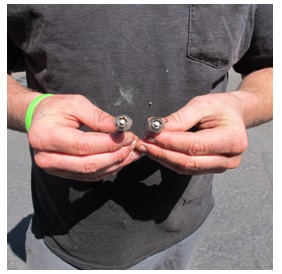