Reprinted with permission from IMSA from the January / February, 2014 IMSA Journal.

We experienced the first copper theft from the light poles on Tucson streets in 2006. Since then, copper theft has escalated throughout the city. A City of Tucson Police Department report to the Mayor and City Council in early 2012 reported that our department experienced $500,000 in stolen copper wire over the prior five years.

The background of the photo in Figure 1 above appears to be a benign photo of our beautiful desert city. However, it highlights the vulnerabilities of remote arterial roadways lit by municipal street-lights. Thieves target just such areas and specifically target the easily accessed light pole pull boxes to steal the copper wire.

Our first theft occurred in just such an area, located on a three-mile stretch of road between an industrial park and a new residential development. This section of roadway had 180 streetlights installed. Based on tracks found at the site of early thefts, we determined that thieves were cutting the wires at the end of a pull box and at the end of the pull box three boxes down. They then attached the wires at the middle pull box to the back of an ATV and drove it into the desert surroundings. As a result, they pulled the four insulated no.4 current carrying wires and two no.8 bare copper wires from between those three pull boxes. 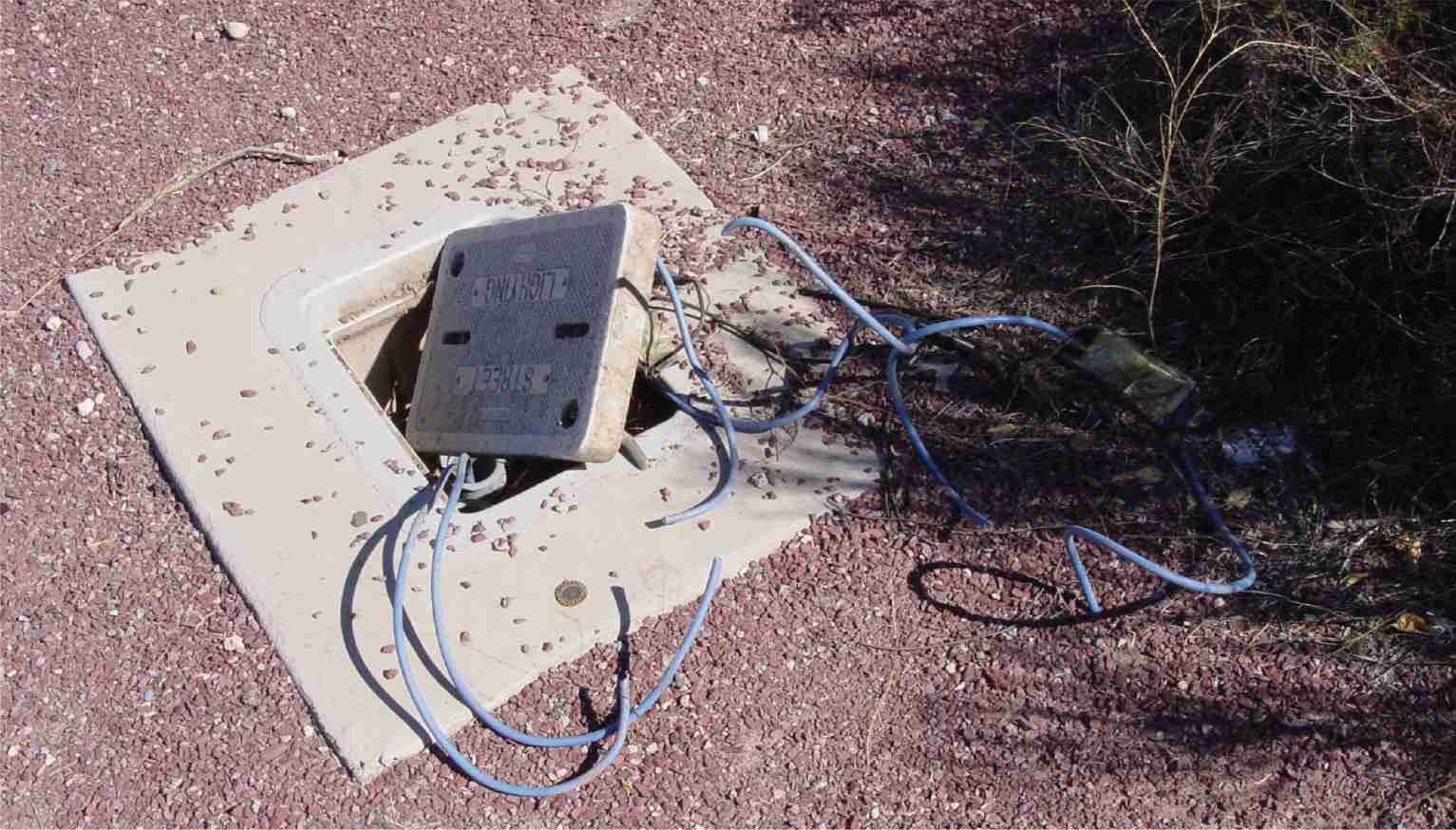 The photo above was taken of a normal pull box after thieves struck at 12th Street in Tucson.

We replaced the wire in this section of street. Costs to repair wire theft include the materials, labor, and equipment. The thefts sometimes damaged the 90-degree sweep on the underside of the pull box. This required additional work because the replacement crew needed to excavate to a depth of three feet to replace the sweep. On average, it costs approximately $4.00 per foot to replace the stolen wire.

Thieves struck again in this remote area in 2007. This time, we didn’t immediately replace the wire on this roadway because thieves would only strike again. Fortunately, the street lighting system receives power from an independent system so local residents and businesses did not suffer power outages. However, any theft trips a breaker in the central control panel. Each control panel covers 25-50 light poles along a one-mile stretch of street lighting. So every theft left 25-50 light poles unlit. In just this one area, replacement costs in the first year totaled $150,000. The map in Figure 3 below documents copper theft from streetlights and those areas where the copper has been replaced for the five-year period from 2007 to 2012. 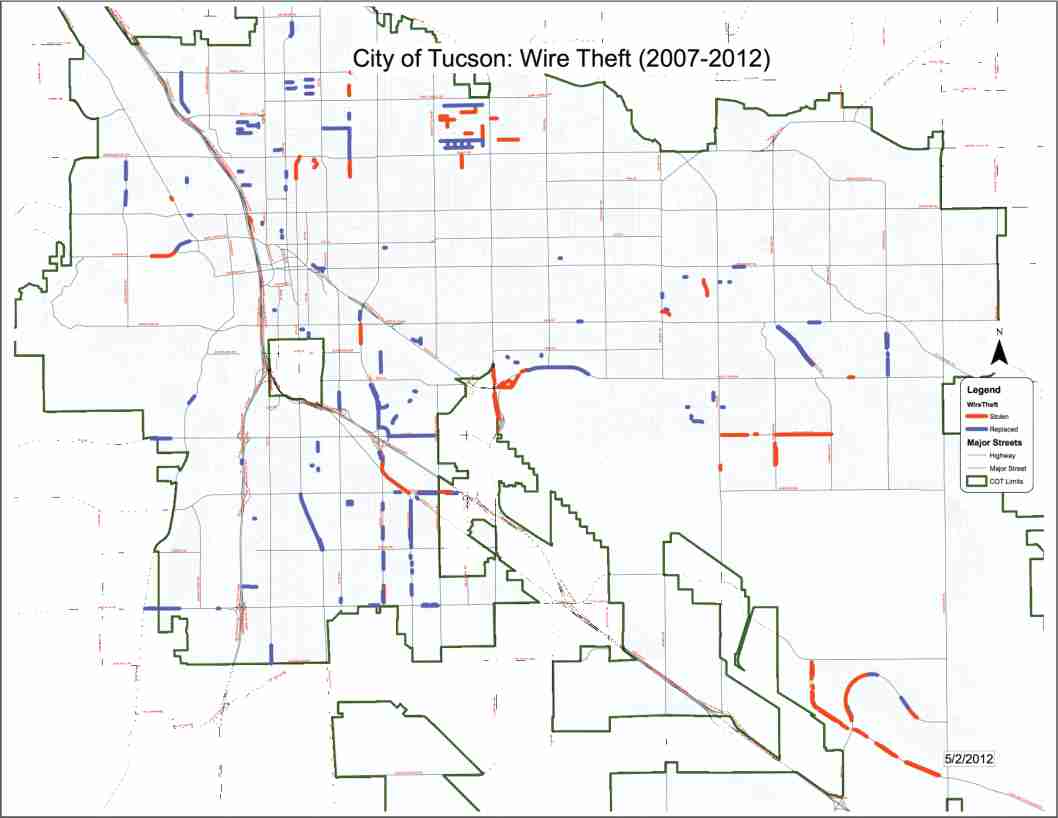 We tested different solutions to secure pull boxes in vulnerable areas. We tried a product fabricated locally, but it failed. All of the security devices we looked at involved either a second cover or a locking device and all of them were very expensive, costing $200 or more each. I easily defeated them all with simple tools in less than five minutes. We finally tested M.R. Steel Security Lids for pull boxes, which proved to be an excellent solution. The lids included unique security fasteners.

Unfortunately, thieves can quickly defeat most “tamperproof” fastener solutions currently on the market by purchasing a specialty bit set. An example of one such set is shown in Fig. 4 below and sells for approximately $10.00. However, I was unable to defeat the unique fasteners that secured these lids. On further investigation, these fasteners were manufactured in Arizona by Bryce Fastener and marketed under the name Penta Plus. They included a driver unique to these fasteners that is not publicly available. 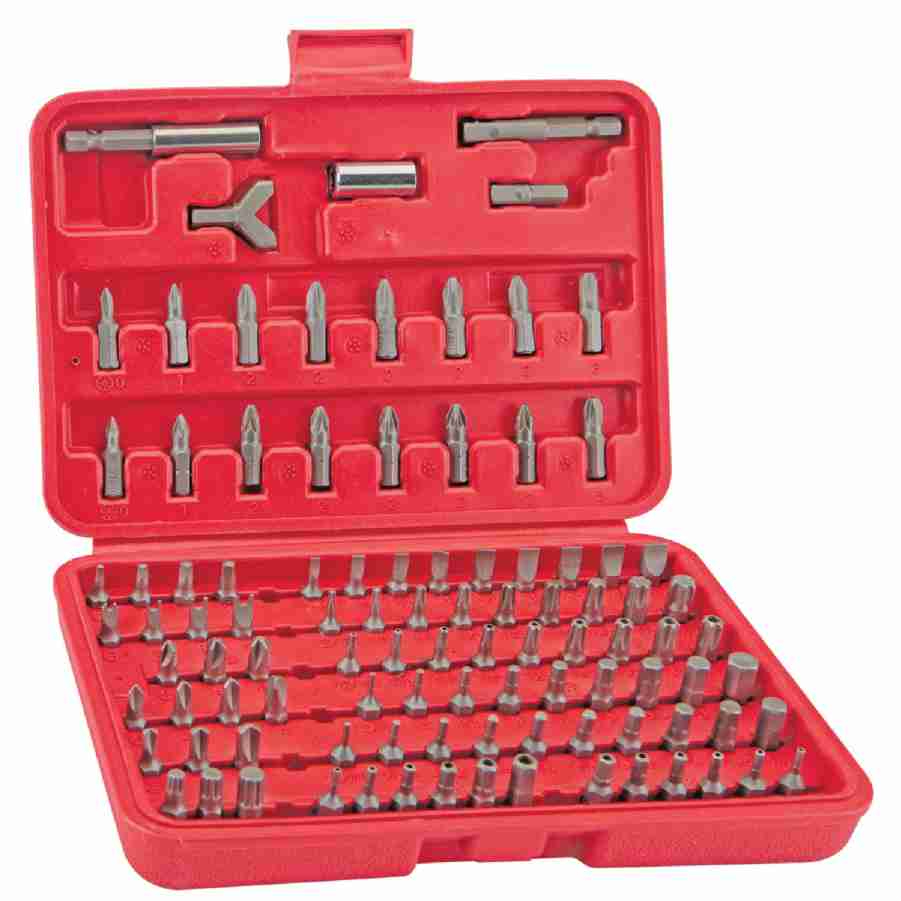 Figure 4: Typical bit set sold in hardware stores that thieves can use to defeat most “tamperproof” screws.

As copper thefts expanded after 2006, we even experienced thefts in more heavily trafficked downtown areas. Based on Tucson Police Department input, we learned that two levels of thieves were involved in copper theft. Low-end thieves characterized as transients and drug users simply stole the wire and tried to resell it. Higher-end thieves operated in crews of up to five including lookouts. They will even wear hard hats and fluorescent safety vests to ward off suspicious residents.

We initially used the M.R. Steel covers to retrofit old pull boxes that had no anchor for bolts. The steel covers included Bryce Fasteners. We only install them in areas that we characterize as likely to be subject to theft. We simply don’t have the budget to retrofit all of the pull boxes in the city. We now specify these fasteners in all of our new capital improvement projects where new boxes are installed in new systems. If installed correctly, we have experienced zero theft at sites fitted with them.

I was recently at a location where I found tool marks on the Bryce Fastener where a would-be thief had attempted to break into the a steel covered pull box but had failed. Thieves can still excavate the entire pull box in very isolated areas where they have the time and privacy to get away with it. Wherever we’ve installed the new fasteners, we have experienced zero copper thefts. Overall, copper thefts from our Tucson municipal street lighting is in decline.

As a result of extensive copper theft throughout cities in Arizona, the state legislature passed a new law, House Bill 2314. The law makes non-ferrous theft of from any utility infrastructure a felony. It also requires every scrap metal dealer to maintain a written record of all scrap metal transactions over $25.00 including a fingerprint of the person selling the scrap metal to the dealer. To view the complete law, search online for “Arizona House Bill 2314.” For more information, go to: bit.ly/1bDqKu0

About the Author: Richard Rizzoli began working for the City of Tucson on Traffic Signal and Roadway Lighting Systems in September, 1987. He has worked with voltages ranging from 24V traffic signal systems to 2400V auto transformers for series roadway lighting. Since 2001, he has served as Electrician Supervisor, primarily involving maintenance, but also directly involved in most capital improvement projects involving street lighting in the City of Tucson. He received his training at Pima Community College, the Arizona Electrical League, and Tucson Electric Power. He has also taken IMSA courses on Traffic Signal and Roadway Lighting.

1 A City of Tucson Police Department, “Copper Theft Update,” presentation to the Mayor and City Council of Tucson, May 22, 2012, available online at: bit.ly/1clVfpf